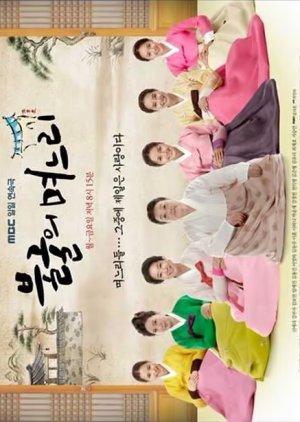 Comments
Share
Turn off Light
Indomitable Daughters-in-Law (2011)
The story of three generations of daughters-in-law who have lived in a 300-year-old traditional house. Choi Mak Nyeo is the daughter-in-law of the 11th generation. She may be small of stature, stubborn and recalcitrant, but she has lead the large household with dignity and her powerful charisma ever since her husband died.Cha Hye Ja is the daughter-in-law of the 12th generation. She lost her husband in an accident when she was young, and since then she has been dedicated to her role as a daughter-in-law of the family, taking care of the family with warmth. One day, however, her lover from the past suddenly shows up, and Hye Ja is thrown into a quandary.Oh Young Shim is the 13th generation daughter-in-law, adored by everyone for her bright personality and optimism. Unfortunately, her lack of children even after 10 years of marriage makes her increasingly guilty. The situation worsens when her husband has an affair and demands a divorce, but is killed in a sudden traffic accident.