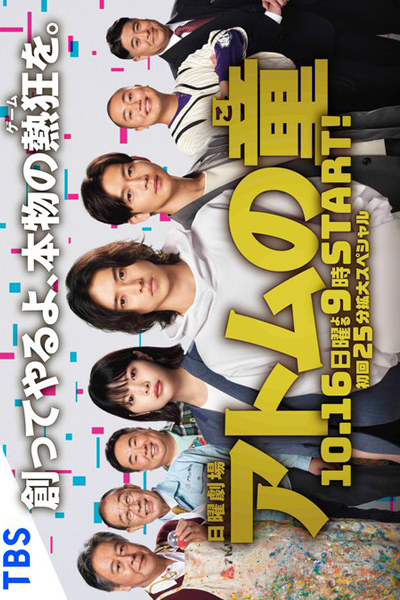 Comments
Share
Turn off Light
Atom no Ko (2022)
Azumi Nayuta is a young prodigy game developer who produces games privately under the name "John Doe" without any link with major company or distributor. Nayuta is often known as the "Banksy of the game industry" as no one knew his true identity, but an incident led him to leave game development. However, the story begins when "Atom", a long-established toy manufacturer that is on the verge of going out of business, begins to search for him in order to rebuild its business.